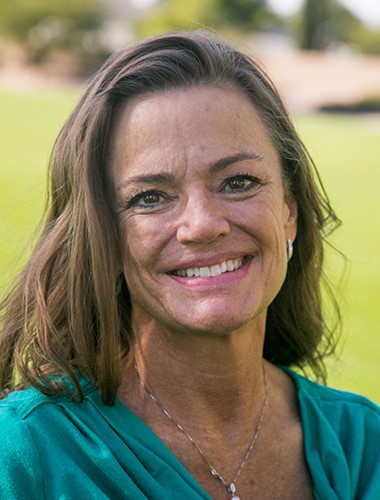 Gretchen Stanton has found her calling in the hospice setting.

For me, 2007 began like any other year. I was working in an acute care setting that included ER, trauma, adult ICU, medsurg and OR responsibilities when I had the opportunity to care for a family member who was under hospice care.

After spending four weeks observing the care, support, and peace surrounding the dying process in hospice, I knew there was a better way to die than surrounded by the chaos and fear so frequently accompanying death in the hospital.

Of course, discouragement soon followed as awareness grew that RTs in the hospice setting are an anomaly. After all, the purpose of hospice is to end medical support and die. Who needs another albuterol treatment?

To fill the void, I began volunteering at a local hospice to learn more about potential careers available in the hospice setting. Yes, I was actually considering leaving my beloved respiratory profession after 25 years.

One of the nurses noted my passion for assisting with pulmonary patients and asked why I didn’t work for hospice, stating that this hospice was different and had a pulmonary resource program. I dug deeper and discovered she was right and they had a position open. (Never doubt a great nurse.) I began working for Hospice of the Valley in Phoenix, AZ in 2014.

With chagrin, I admit to feeling a bit superior during my first days in the hospice world. Despite wanting desperately to be in that environment, I questioned how difficult it could really be compared to the fast-paced and technical world of the hospital.

My training was hands-on with a most patient and understanding mentor. She guided me skillfully through the challenges of providing oxygen in the home, with its limits on flow, purity, delivery, physical and logistical limitations, and alternatives for mobility and safety. Systems, equipment, processes, words, barriers, and opportunities never conceived of were at my fingertips, aching to be explored and put into use.

A most memorable patient

Covering 9,224 square miles with a population of 4.2 million people continues to be a challenge as my colleague and I strive to visit patients in their homes, meeting them in their world emotionally, physically, intellectually, and socially to educate, advise, titrate medications or CPAP/BiPap settings, and optimize mask fit.

At times, we merely listen as the path is clarified and chosen, honoring the dignity of each individual and family.

A most memorable patient was a gentleman I’ll call “Joe.” He was 64 years old and had been admitted to hospice care with a diagnosis of lung cancer and COPD. Oxygen dependent, he had no energy to leave his recliner. The quality of his sleep was poor since his CPAP mask was ineffective due to weight loss.

But he still had a dream of going on one final motorcycle ride and gaining the energy to “putter” in his garden “one last time.” After evaluating his mask, and providing adjustments and education, Joe started sleeping well using his CPAP.

After one week, he was energetic enough to go on that motorcycle ride using portable oxygen; he continued to putter for an additional four months before passing surrounded by family and friends.

Was it magic or was it concentrated focus to individualize his care in a manner that worked for him? The memory of the joy on his face while riding, as well occasional phone calls letting me know he was “still puttering,” continue to energize my work at Hospice of the Valley.

Respiratory therapists have the potential to participate in optimizing the quality of life for so many. It’s not just the number of days (or years) they live, but the quality of that life.