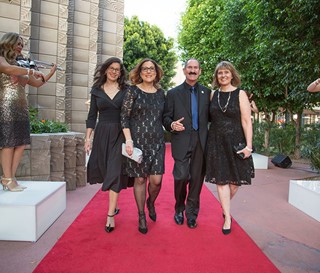 Hospice of the Valley raised a record $320,000 at its annual fundraiser in February.

Proceeds from “AAHA! An Auction of Heirlooms and Art,” benefited Hospice of the Valley patients and families from the early stages of care to hospice to grief counseling. 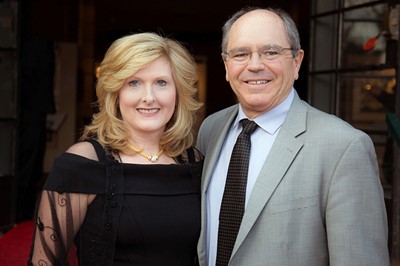 Debbie and Lynn Shumway. Debbie is executive director of Hospice of the Valley. Dave Seibert photo

The event, held at the Arizona Biltmore, drew 440 people who had the opportunity to bid on art, collectible pieces and one-of-a-kind experiences at silent and live auctions. Some of the top auction items included a Paul Gauguin Cruise to Tahiti and the Society Islands (for two), a Pegasus with Folded Wings sculpture by Carl Dahl, and a private champagne lunch at Arcadia Farms with up to 18 guests. Auction items included a day with Maricopa County Sheriff Paul Penzone at Lake Patrol and lunch with Mayor Greg Stanton.

Susan and Bill Levine were the honorary chairs. Hospice of the Valley has been serving Arizona for 40 years and has grown from 2 to 2,000 volunteers since its inception in 1977.

The Hospice of the Valley Auction of Heirlooms and Art. Dave Seibert photo