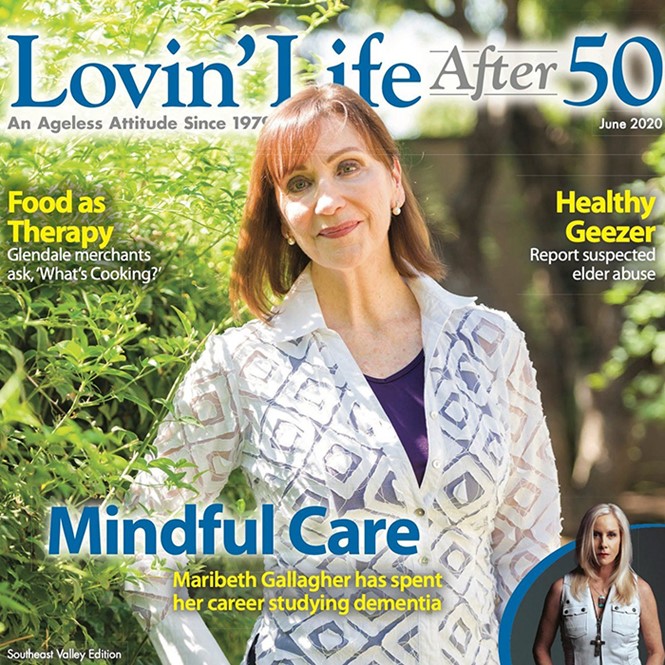 Maribeth Gallagher has witnessed the power of music.

As a longtime professional singer, Gallagher moved audiences with her voice, warming up crowds for the likes of Donna Summer, The Beach Boys, Huey Lewis and the News and Frankie Valli.

“I went to nursing school and moved to San Francisco, where I was offered a singing job, which was kind of bizarre,” says Gallagher, a Brooklyn native.

“I thought, ‘This will last six weeks.’”

“That led to me being in some places where maybe an American New York woman wouldn’t be received so warmly, shall we say,” she says.

“On the stage, you can feel the energy of the crowd. So, when I was in Turkey, a predominantly Muslim country, I noticed in about three songs that it was very, very different. Our differences started to melt away. Our similarity and connection would start to emerge just naturally. I started to appreciate early in my career that music was so much more than entertainment. It really was a powerful medium.”

Now she is taking that medium and improving the bonds between dementia patients. As the director of Hospice of the Valley’s Dementia Program, Gallagher encourages families to listen to music together.

She has seen those with dementia slowly begin to remember words to songs. Gallagher saw one family sing Frank Sinatra’s “Fly Me to the Moon” together.

It’s the depth of that connection where words aren’t required, she explains.

Gallagher is about to enter a new chapter with Hospice of the Valley.

The organization broke ground earlier in the year for The Hospice of the Valley Dementia Care & Education Campus, 3811 N. 44th Street, in Phoenix’s Arcadia area. The comprehensive facility will transform the way the community sees dementia, treats those living with it, and supports caregivers who are struggling to cope with this incurable disease.

Many other buildings that house dementia programs are painted in dark tones. But, Gallagher says, there are moments of love and joy when caring for dementia patients.

“We’re building it from the ground up,” she says. “We’re able to use a lot of architectural principles that maximize the abilities and comfort levels of people living with dementia.

In addition to an assisted living center and an inpatient care home for those at all stages of dementia, the campus will provide an intergenerational connection by providing interaction between the adult and child centers. The cornerstone of the campus is an education center for medical professionals, caregivers, students and the community. The Dove Café, which will be open to the public, will be a dementia-friendly space for family caregivers to share experiences.

For example, contrasting colors and appropriate lighting will help dementia patients become more comfortable in the new setting. Guests and residents can expect art and music to be a big part of the center.

“We love adult day care centers when they’re done well,” she says. “They need supportive environments where they can interact with others.”

Next to the adult day care center will be a child care center, as people suffering from dementia enjoy observing children laughing and playing.

“They can sit in the shade and watch children play,” she says. “They could bring joy. We really love the idea of intergenerational enrichment.”

Dementia is the fourth-leading cause of death in Arizona and the projections are alarming: a 43% increase by 2025. Nearly a third of Hospice of the Valley patients have dementia—a disease that often lasts years and can be overwhelming for family caregivers who are seldom prepared for the challenges ahead.

Gallagher didn’t know anything about the journey of being a caregiver until a family member developed Alzheimer’s.

“From pre-diagnosis until death, we supported her through this process,” she says. “I learned so much and I felt called to try to make a difference for people with dementia and for their caregivers.”

She earned bachelor’s and master’s degrees and became a nurse practitioner in psychiatry. Then, she found a job with Hospice of the Valley using some of the methods she had learned. She has since earned her doctorate.

She’s sharing her knowledge a lot these days to help families and dementia patients deal with the COVID-19 pandemic. Gallagher says the key to it is “mindfulness.”

Gallagher teaches mindful-based dementia practices, which are even helpful to those who have a propensity to tense up.

“How do we calm ourselves?” she asks rhetorically. “We create a calm environment around us. At the education center, we’re learning about changes in the brain and how they impact the person.”

“The people with dementia who are enriched by walking outside every day and doing socially interactive things haven’t been able to do that,” she says. “Life has changed for them as they know it. People living with dementia do well with routine. This has disturbed the routines of the dementia patients and the care partners, but we’re here to help.