Is it possible to teach empathy? That’s what one Arizona doctor is trying to do using virtual reality. The experience aims to help younger people understand what it’s like to have dementia — and encourage them to pursue careers in the aging and dementia fields.

Dr. Gillian Hamilton is passionate about dementia. As the medical director of Hospice of the Valley, she cares for people living with Alzheimer’s disease and other dementias.

But Dr. Hamilton is worried. Not enough young people — people in high school or college — want to care for this population. And that’s problematic for me and for you, because: "They're the generation that's going to take care of us," said Dr. Hamilton. 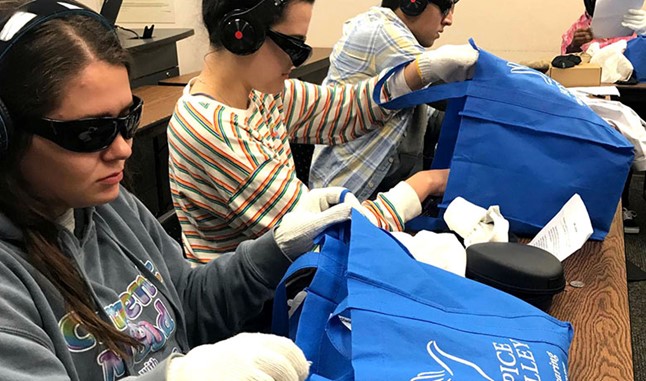 So, Dr. Hamilton wants to inspire more young people to go into careers where they can help people living with dementia.

"Because we have a real shortage. Even here in town. The main people involved in dementia 50 and older. We're not getting young people saying, 'I love dementia,'" said Dr. Hamilton.

So, how do you get kids, who may have never been touched by dementia, to care about it?

And she’s doing that by using virtual reality. Virtual reality isn’t new — but the way Dr. Hamilton is using it kind of is.

I’m standing in Dr. Hamilton’s “Intro to Dementia and Alzheimer’s Disease” class at Arizona State University. The students are about to “experience” dementia for the second time. They pull out dark safety goggles, thick gloves and headphones.

"OK, are you ready? Is everybody ready? OK, so go ahead and turn on your headphones," said Dr. Hamilton.

The noise in the simulation is meant to simulate confusion; people with dementia can’t always understand language. So, while that’s playing, participants are given a list of tasks — like put on and button up a shirt or sort out change. Sounds simple, right? Except these seemingly mundane chores are made more difficult with the noise, the gloves and the goggles.

After a few minutes of struggling, Dr. Hamilton calls time.

KAT: The Second time around was still frustrating for a lot of them. Here’s how some of them described the first time they tried virtual reality with Dr. Hamilton.

"I would say overwhelming."

“I thought it was pretty depressing.”

That student is David Wong — and the second time he did the exercise wasn’t any better. But it has changed his perspective.

"You can just empathize with these people out more," said Wong.

There it is. Empathy. That’s what Dr. Hamilton hopes to elicit — because she wants people to see beyond the diagnosis. 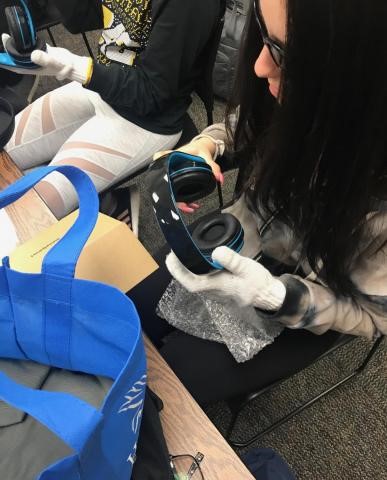 That's valuable stuff, especially since these students also spend time with dementia patients outside the classroom.

"I didn't really know what to expect, you know, my first time dealing with Alzheimer's/dementia," said Khurana.

And there were challenges, like when his patient kicked him out of the house. But, like David Wong, his experience has been transformative. Dementia is unpredictable — nothing is certain, except what’s happening right then and there.

"And I think that's kind of a beauty in dealing with people who have Alzheimer's/dementia, because they're always living in the present to right now. They're not looking for the past 5 minutes ago and thinking about that, no.," said Khurana. "They're living in the now. So I think that's what they kind of force us to do as well."

Dr. Hamilton says a reason why people shy away from dementia is stigma. But, she says, that breaks down once a person learns more about the condition or becomes empathetic.

Her work reminds me of what Atticus Finch told his daughter Scout in the book "To Kill A Mockingbird:"“You never really understand a person until you consider things from his point of view … until you climb in his skin and walk around in it.”