But there’s one occupation that stands out above all others.

“This volunteering is the best thing I’ve ever done! The benefit to me is enormous!” he said.

The 81-year-old, who lives on a ranch west of Wickenburg, facilitates caregiver support groups for people travelling similar journeys to his own. He knows a thing or two about caregiving. 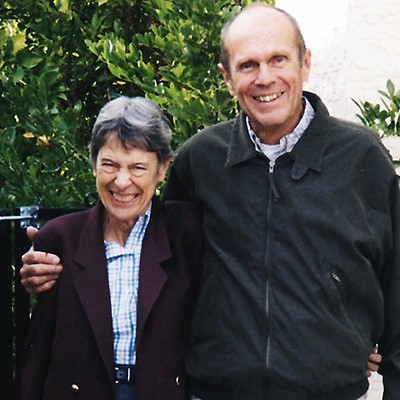 Radway cared for Claire—the love of his life—as she progressed through a decade of dementia until her death seven years ago. When the end-stage came, Claire went to a residential care facility, where Hospice of the Valley was part of the care team.

Long-time fans of classical music, the Radways appreciated Hospice of the Valley’s use of music in dementia care. “When my wife was at Surprise palliative care unit, she was in a coma, but appeared agitated,” he said. “A nurse asked what kind of music she liked and put on a CD of the Peer Gynt Suite by Edvard Grieg. My wife relaxed with a smile on her face.”

Those experiences inspired him to donate to the Phoenix Symphony to support mini-concerts for dementia patients at Gardiner Home, Hospice of the Valley’s inpatient home dedicated to dementia care.

The concerts began in November. Musicians not only play—they also connect with patients through conversation and companionship. 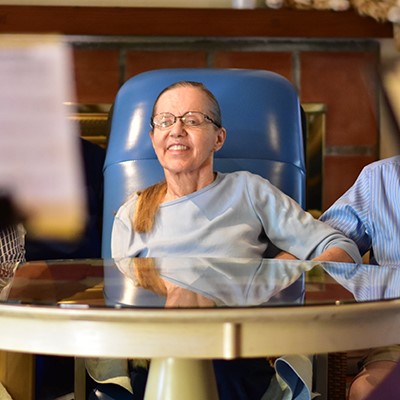 Several patients sang along to familiar tunes and smiled. “I thought it was wonderful! I enjoyed it so much—the tunes I recognized, it was fun to sing along!” said Julie, who has lung disease and mild dementia.

A male patient with advanced dementia sat with his eyes closed and appeared to be asleep. But it wasn’t long before he began moving his hand in time to the beat, then brought his hands front and forward to direct the musicians. His family members said later that he loves music, and that he used to sing at weddings and special events.

Some songs had special meaning to the audience. A widow whose husband died a year ago lit up to the notes of “I’ve Been Working on the Railroad” because her husband used to do exactly that. A longtime married couple—one with dementia—was deeply touched by “Ode to Joy,” their wedding song.

“That’s a memory they will have forever. It’s a source of comfort and healing,” said Maribeth Gallagher, dementia program director for Hospice of the Valley who was a professional musician herself years ago. “Music can unleash a floodgate of emotion. It comes from the heart.”

The musicians who participate in the Phoenix Symphony community outreach program also experience an emotional impact.

Maggie Martinic, violinist, wiped tears from her eyes after the concert at Gardiner. “This was very moving,” she said.

Shirley, a patient who especially appreciated “Amazing Grace,” agreed. “I could live on this,” she said.